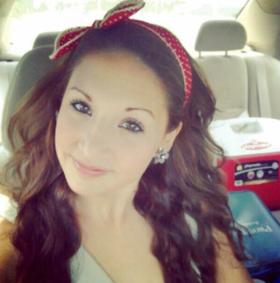 A bill aimed at cutting down the number of drowning deaths associated with car accidents in Florida has passed its first House committee. “Chloe’s law” stems from the death of a University of Central Florida student last year.

Lindsey is now advocating on behalf of Chloe’s Law, named after her best friend who died last year in Orlando.  Her goal is making sure guardrails are installed on roadways near potentially dangerous water bodies.

“My best friend died in a completely preventable accident,” she added. “In the early hours of June 28, my best friend Chloe Nicole Arenas was on her way to pick up her mother and Grandmother to take them to the airport. Chloe fell asleep behind the wheel, while travelling on State Road 408. Her car drifted into an exit only Lane, which led them to an unprotected retention pond. As a result of this, Chloe unconsciously drowned in her submerged vehicle. I live in Maryland, and these tragedies are simply unheard of. Searching for why this happened, I discovered that these accidents are not only common in Florida, but Florida actually leads the nation in the victims that drown in submerged vehicles.”

Lindsey says this issue is important everywhere, but holds a special urgency in Florida.

“These accidents mostly happen to tourists who are unfamiliar with Florida roads,” she continued. “I know that asking for guardrails and protected barriers along every single body of water is not realistic. Senator [Darren] Soto is working with engineers to work out stipulations and measure how dangerous certain bodies of water are and figure out exactly where guardrail placement is needed. The main opposition to this legislation is cost. This is simply incomparable to a human life, but does play a legitimate role. To put it in perspective, it would cost anywhere between $1,200 and $2,000 to put a guardrail along Chloe’s crash site. Is $2,000 too much to ask to save my best friend’s life?”

She’d originally came to Sen. Darren Soto (D-Kissimmee) with the idea for the legislation.

“So, I commit to you to do everything we can to get a solution that we can afford and one that will save lives because reading and hearing over and over people dying in these retention ponds and in other water bodies in what are otherwise high speed roads is something that I want to see less of and ultimately end that,” he said, during the same delegation meeting.

And, Rep. Rene Plasencia (R-Orlando) later signed on as the House sponsor of the bill, which went through a change recently during its first committee hearing.

“What this bill does is it ask for the DOT to go back 10 years and anywhere where there’s been a death along a state road in a drowning retention pond and because of this amendment, now what happens is the DOT decides if there needs to be a barrier constructed, in order to prevent such deaths. They also need to do a survey as to the causes of deaths and report back to the [House] Speaker and Senate President.

According to the bill’s analysis, the original measure requiring the guardrails near water bodies could cost the Florida Department of Transportation 2.4-million dollars. But, it states Plasencia’s latest change to the measure to leave it to the DOT’s Chief Engineer discretion could lessen that impact.

Still, some lawmakers were a bit worried about the fiscal impact.

But, Rep. Bobby Powell (D-Riviera Beach) says regardless, the measure is needed.

“I live in Palm Beach County where we’ve got an area, a stretch of Belle Glade, State Road 80, where many people have run off the road and have ended up in canals and died,” he said. “A young man who ran track with me in high school was one of those people, and ended up in a canal. The question I always think about, ‘we look at the fiscal of this, but what is the true cost of a life? What is the true cost of a life, a life you can’t get back, minutes and seconds of time?’ You don’t get these back. Money? You can make those over and over again.”

And, while she says she agrees with Powell and believes the bill is important, Rep. Kathleen Passidomo (R-Naples) says she still has some reservations.

“What I would have preferred to see is to give more discretion to the department to determine where do the barriers ought to be placed because I’m concerned that it could become an emotional issue where there’s a lot of pressure placed upon the engineer based upon the bill as drafted because how are they going to decide,” she said. “So, I think you have a little bit of work to do on the bill.”

Plasencia says he’ll work with her to iron out those concerns.

And, the measure passed the House Transportation and Ports Subcommittee unanimously. Meanwhile, its Senate companion has one more committee stop before heading to the floor.