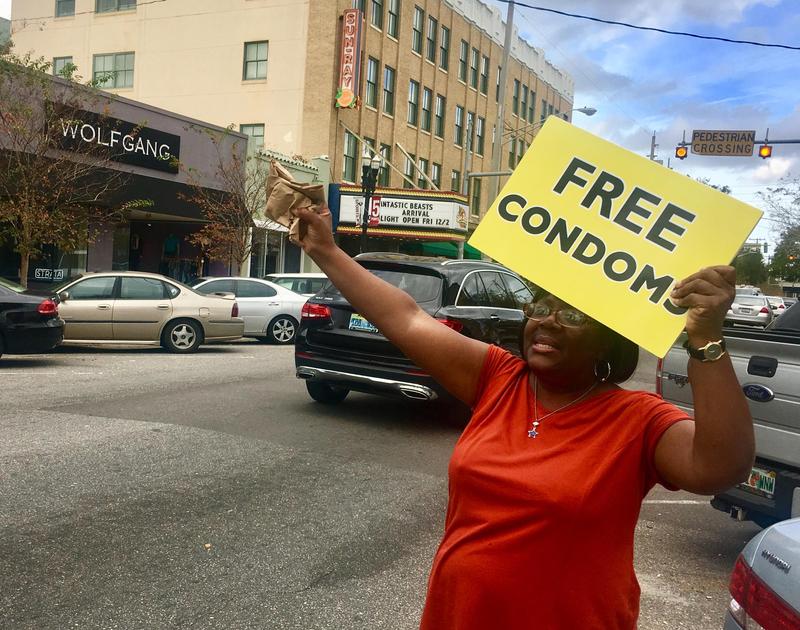 Duval County has one of the highest rates of AIDS and HIV infection in the country. More than 6,000 people in Jacksonville are infected, and the number is growing. To combat the problem, a coalition of local agencies is throwing a Youth Block Party Friday at A. Philip Randolph Park.

On “First Coast Connect” Wednesday, Northeast Florida AIDS Network spokeswoman Katrina Odell said the goal is to inform those between the ages of 16 and 24, who often are grossly misinformed about AIDS.

“They believe it can be spread through saliva kissing and stuff like that, and that’s not the case, so they are very uneducated on how you can get the disease, and here at the Youth Block Party that’s what we’re wanting to do,” she said. “We are going to educate the children on the ways HIV can be spread as well as giving them more educational information about how to use condoms and how to protect themselves from this disease.”

The party will include free food and school supplies as well as HIV testing, music and information booths. The party will run from 2 p.m. to 6 p.m. It’s the first time the organizations have held such a fair, which they anticipate will become a yearly event.

Kevin Meerschaert can be reached at kmeerschaert@wjct.org, 904-358-6334 or on Twitter at @KMeerschaertJax.

Thousands of Floridians living with AIDS could be losing financial assistance they say is essential to living a normal life, and some AIDS groups are worried the state won't carry through on its promises.

A federal judge ruled in favor of one of the nation's largest suppliers of HIV and AIDS medical care, clearing it of wrongdoing in an alleged $20 million scam to bilk the federal government.

Police say a 71-year-old Canadian HIV/AIDS researcher died while swimming off a Florida beach with his family.

Spreading The Word About HIV Prevention For African-American Women

African-American women are more likely to be infected with HIV than other women, and many don't know it. So public health officials and advocates are trying to get the word out about PrEP, pre-exposure prophylaxis. It's a daily medication that helps prevent HIV infection.

New data on HIV/AIDS cases from the Center for Disease Control paint an alarming picture of the disease spreading in South Florida. Cities like Miami report triple the national rate for new HIV infections in 2015, while smaller cities in Southwest Florida continue to show some of the highest number of cases per capita in the nation.