The coronavirus has scuttled most high school graduations across the country, but that has not stopped two of the largest schools in Alabama. They're holding ceremonies this week. Some seniors and their parents are excited, while others think it's too risky. Janae Pierre of member station WBHM reports.

JANAE PIERRE, BYLINE: Seniors at Hoover High School are dropping off their textbooks as the school year officially comes to an end.

UNIDENTIFIED PERSON #1: You got your name in your book?

UNIDENTIFIED PERSON #1: Thank you so much.

UNIDENTIFIED PERSON #2: Should I just make a new pile?

PIERRE: Many of them are also picking up their cap and gowns for tomorrow's graduation ceremony. Hoover High School is the largest in the state, with 650 seniors.

KATHY MURPHY: We realize that there are those who absolutely disagree with us having this large gathering.

MURPHY: Based on what I understand from the governor, we're in no way violating any issuances that have been given to us.

PIERRE: The graduation will be held at the Hoover Metropolitan Complex, an outdoor stadium that seats 10,000 people. Murphy says there's ample space for the graduates and their guests. Each student will receive four tickets for family or friends. Police officers will usher families to their seats and make sure people stay six feet apart. Everyone must wear a face mask.

Susie Richardson is the mother of a Hoover High School senior. She says her family plans to attend the ceremony, even though she expects coronavirus infections to go up because of it.

SUSIE RICHARDSON: I do feel like there will be an increase of coronavirus in the community - a small one - as a result of the graduation ceremony. But I also feel like that will happen anyway.

PIERRE: In Alabama, a third of the state's total overall cases have occurred just in the last two weeks. Richardson says people have to be smart. Grandparents shouldn't attend, and people with underlying health conditions should stay home. She says the graduates have to take this seriously as well.

RICHARDSON: They understand the serious nature of what's going on. And I think they appreciate the fact that they're going to be able to have the ceremony. And I think the people that aren't comfortable with it, they don't have to come.

PIERRE: Brad Coltrane is a teacher at Hoover High School. His daughter is a senior there. He says his family won't attend the ceremony. It's a decision his daughter made.

BRAD COLTRANE: She's kind of said, I don't think it's worth it. And so I'm kind of surprised and proud of that kind of mature thinking from a high school senior.

PIERRE: Coltrane says he and his daughter agree that it's not safe to attend large gatherings right now.

COLTRANE: I completely understand wanting to have a graduation. It pains me a little bit to miss it. But it - that's not near the pain of actual physical suffering and endangering lives.

PIERRE: More than 1,300 people have signed an online petition urging Hoover school leaders to cancel the ceremonies. At least five counties in Alabama will hold similar in-person graduations, including one tonight at another large high school in the Birmingham area. 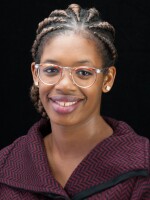