Health News Florida | By May Zayan

A coupon for a low-priced massage? Sure. How about one for a facial? Okay.

Deal-of-the-day sites like Groupon, where subscribers can find limited-time discounts for all sorts of  services, offer more these days than simple pampering on the cheap. They’re adding health care to the list.

The Florida Board of Chiropractic Medicine has ruled that it's not a violation of any laws or rules to advertise through Groupon or similar arrangements. Paul Lambert, general counsel for the Florida Chiropractic Association, said the feedback so far is positive.

"I'm getting very favorable reports that it is helping patients who can't otherwise afford those health care services the opportunity to seek successful treatment," he said.

But not everyone likes the idea. For some, Groupons come uncomfortably close to fee-splitting, which involves paying for referrals. Others worry that patients won't understand what they're buying. And still others -- such as Martin Dix, a Tallahassee attorney who represents health-care professionals -- say the best health care comes from a consistent relationship between doctor and patient.

"If you just go person to person, depending on which coupon of the day they have, you may not get the benefit of their prior experience in treating you," Dix said.

As costs for medical, dental, counseling and other health-care treatments continue to rise, the  number of Floridians who buy online coupons for them continues to grow. The services they can buy are also growing more invasive, including LASIK surgery and dental implants.

According to DealRadar.com, a site that lists 20,000 offers a day from different online coupon sites, about one out of 11 deals offered is for some sort of medical treatment.

Some of the deals most recently found on Groupon include: The Eye Clinic and Laser Institute on Merritt Island offered $5,500 worth of LASIK surgery for $2,499. Liposuction with local anesthesia was available at Miami’s Jireh Cosmetic Surgery for $1,600, regularly $2,500. Patients were offered $350 worth of dental implants at the Smile Center P.A. in Bradenton for $157.

Groupon is good for business, according to attorney Lambert. “Many of my health care clients have reported to me for years a successful use of the Groupon-type of advertising in their practices, whether it’s a dermatologist, a chiropractic physician, or an osteopathic physician.”

Lambert became concerned late last year when he learned of an advisory opinion issued by the Office of the Inspector General of the U.S. Department of Health and Human Services. It warned that using sites like Groupon to advertise health services may be violating the federal anti-kickback statute because they act as middlemen between vendors and customers, earning up to a 50 percent commission on each coupon purchased.

Both federal and state laws prohibit health service providers from paying any person or persons as an incentive or inducement to refer patients for past or future services.

To get clarification, Lambert asked for an official statement from the Florida Board of Chiropractic Medicine on behalf of the chiropractors' association and one of its members, Robert Watkins of Fort Myers.

Lambert argued that Groupon and similar sites are advertising tools that do not force or induce readers to patronize a particular doctor; they simply offer a coupon for a service.

After considering Lambert’s petition, the Board issued a final order in January, declaring that advertising through Groupon did not violate the state’s anti-kickback statute. It was the first official statement from any health board in Florida.

Health-law expert Allen Grossman of Tallahassee isn’t so sure the board reached the right decision.

Before going into private practice, Grossman was an assistant attorney general, assigned to advise the Board of Medicine. He said Florida law, while unclear, most certainly prohibits any kickbacks for referring or soliciting patients.

Grossman isn’t the only one who thinks advertising health care services on Groupon might be risky. Attorney Dix, who mentioned the problem with continuity of care, said consumers need to do research on health care providers listed on the ads.

That research should include looking them up on a Department of Health website to make sure they have a license and see whether they have any official complaints for malpractice or unprofessional conduct.

Another skeptic is Chelsea Railey, a patient services representative at a Central Florida pediatrics practice that specializes in attention disorders. Licensed psychologists and psychiatrists treat patients there, so her interest was piqued when she came across a Groupon deal offering ADHD treatment similar to what her office used.

What she found was disconcerting. The Groupon deal didn’t mention the type of testing that would be done or what kind of practitioner would be conducting the treatment. It also didn't seem cost-effective.

“It was just for the initial consultation, and didn’t include any follow-up appointments,” Railey said. “It was double what our regular office would (charge) -- including all of the testing -- for somebody that does not have insurance.”

Another possible issue with medical discounts advertised on Groupon: People might buy a deal, thinking they will be seen by a licensed physician, and end up being treated by some other type of health worker -- or even an unlicensed assistant.

That tripped up Gigi Sevillano. She paid $169 to Groupon for 80 vitamin B12 shots that the ad said had a regular price of $631. The deal was offered by Age Management and Optimal Wellness in Tampa, operated by David P. Kalin, M.D.

Since Kalin's name was on the Groupon ad, Sevillano expected to be evaluated by a medical doctor.   Instead, other members of the staff evaluated her and showed her how to administer the shots herself at home.

Caitlin Jones, the Groupon coordinator for Kalin’s clinic, said the staff members are "trained weight-loss specialists" who may or may not have a state license or certification as a health-care professional.  That's not a requirement.

Such  misunderstandings are a concern even to those who use deal-of-the-day sites to advertise.

“I think sometimes the problem with Groupon is that there’s a lot of places [using it] where the physician really isn’t involved in the practice,” said Dr. Anitha Reddy, M.D., owner of M.D. Aesthetics & Wellness Institute in Tampa. "And that can diminish the standard of service."

Reddy, who began using Groupon two years ago to help promote her full-time cosmetic medical practice, said using the site to advertise is just part of doing business. Every new patient receives a 45-minute consultation, whether or not they are paying with Groupon, Reddy said.

“We retain about 70 to 75 percent of our patients from Groupon,” Reddy explained. “This is a way for them to inexpensively try out a new place or new service.”

--Health News Florida is part of WUSF Public Media. May Zayan produced this story as an intern with WUSF during spring 2014. Contact Editor Carol Gentry at 813-974-8629 (desk) or e-mail at cgentry@wusf.org. For more health news, visit HealthNewsFlorida.org. 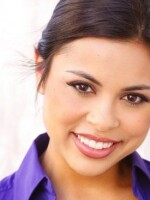 May Zayan
May Zayan is an intern for Health News Florida, where she scours the web to find the most important and fascinating stories happening in the world of health and health care, and helps deliver those stories to the HNF audience through the daily eAlert newsletter.
See stories by May Zayan
Black Mental Health
We highlight the stories of Black Floridians seeking emotional healing and wellness.
Coronavirus
Coverage of the coronavirus pandemic on Health News Florida.
Learn More
Health News Florida
NPR
Special Report
WUSF is reporting on how distribution of the COVID-19 vaccine exposes inequities in Florida’s health care system.
Read More
Related Content