Florida environmental groups are trying to persuade dog owners to pick up and dispose of waste, rather than leave it on the ground to wash into storm drains.

Bacteria from animal feces cause pollution and a public health threat in bodies of water all over the state, researchers say.  Dogs aren’t the only source – farm animals and wildlife contribute, as well -- but it’s one that people can easily control.

It “actually has more bacteria per gram than human waste, than cow, horse, mouse, rabbit, all of your wild animals combined,” Mayer said.

Environmentalists are fighting several misconceptions. For one, they say, people wrongly assume that dog waste is a kind of fertilizer that’s good for the grass.  They assume that if it washes down a storm drain, it will flow to a sewer-treatment plant.

Neither of those assumptions is correct, said Nanette O’Hara of the non-profit Tampa Bay Estuary Program.

Someone who steps in dog waste while walking barefoot is exposed to parasites that can cause roundworm or hookworm infection, O’Hara said.  But there’s a larger problem.

“It’s either going to wash down into our groundwater over time, or when it rains it’s going to wash off the land and into the nearest waterway,” she said.

Swimmers in contaminated water can get salmonella or giardia, O’Hara said.  And fish die when the waste causes algae blooms that dissolve the oxygen supply.

276 pounds of waste per dog

Many of those who now live in Florida are from states up North where storm drains connect to the same water-treatment plants that treat human sewage. But Southern states, including Florida, do not have combined sewer systems, O’Hara said.  That means whatever washes down the storm drain goes straight to the nearest body of water.

Most urban areas require dog owners to dispose of feces left on others’ property, and recent surveys found that 60 percent of dog owners say they do.

Joanna Scleidorovich of Tampa, who hangs out at Rowlett Dog Park with her pit-bull mix, says most pet owners at the dog park clean up the waste. But in other places, not so much.

She has to watch out for dog waste when she’s out in the  neighborhood, she said, and “at night, I don’t walk around on the grass.”

The population of dogs keeps growing.

“There’s close to 80 million dogs (in the United States) now, and when you get these pets living close together, they generate quite a lot of pet waste,” Mayer said. “About 276 pounds of waste per year per dog is about the average.”

Flush It Down the Toilet?

Environmental groups are pushing public awareness of the need for proper disposal.

“The absolute best way to dispose of  dog waste is to actually capture it and flush it down your commode,” says O’Hara. “It goes into the treatment stream along with all the (human) waste.”

But she recognizes people are reluctant to carry their dog’s feces back to the house and flush it. “There’s an ick factor associated with that,” O’Hara said.

Next best, she said, “is to put it in a bag and put it in the garbage can.” From there, it goes to an official landfill or to a garbage-burning plant,  which actually produces energy.

“It is always – always -- a better option to dispose of pet waste in a landfill than on the ground, because landfills are specially-designed facilities to prevent pollution from escaping that area,” O’Hara said.

Public and private groups are pushing public education campaigns, such as one by the Tampa Bay Estuary Program called Pooches for the Planet. It uses media, from simple signs and bag stations to YouTube videos and events, urging the public to "Help Prevent Poo-lution" and "Scoop the Poop."

When public education and ordinances aren’t enough to change behavior, BioPet Vet Labs can use DNA analysis to identify the “poopatraitor,” as Mayer jokes.  The program, available nationally, is being used by apartment complexes and gated communities in four Florida metro areas, he said.

The name of  the program? “PooPrints.” 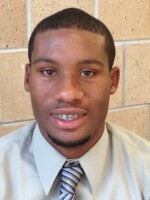 Mario Briscoe
Mario Briscoe is an intern for Health News Florida. He is responsible for early morning searches on the most important health related topics that affect the state of Florida and conducting in-depth research projects.
See stories by Mario Briscoe