Dr. Buckenheimer, a University of Pittsburgh School of Dental Medicine graduate, set up his general dentistry practice in Tampa in 1980. Although he sold the practice in 2010, he still remains active in the Tampa office, according to a news release.

He’s been a member of the American Dental Association for more than 30 years. He currently serves on that dental society’s Board of Trustees.

In 2007, Dr. Buckenheimer was named dentist of the year by the Florida Dental Association. 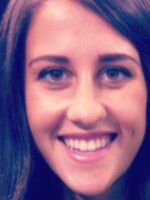 Emma Sullivan
Emma Sullivan is one of Health News Florida interns. She's up early in the morning searching for the most important health news around the state to pass on to our readers.
See stories by Emma Sullivan
Committed: Children And The Baker Act
Each day in Florida about 100 kids are involuntarily committed for psychiatric exams under the Baker Act. That adds up to about 36,000 kids a year, and experts say something has to be done. We explore what happens when kids get committed.
Special Report
Coronavirus Vaccines
Want to learn more about the vaccine? WUSF and Health News Florida are answering your questions.
Ask Here
Latest Stories