Thirty-seven percent of Florida hospitals have received an “A” grade from the Leapfrog Group, a nonprofit organization that grades participating hospitals on their efforts to prevent medical errors, putting the Sunshine State in 10th place.

The scoring system is based on 26 safety measures including hand-washing and care of patients with catheters or ventilators, according to the Leapfrog web site. Hospitals are given letter grades based on these scores.

A search of the site showed the only hospital in Florida that Leapfrog gave a failing grade was Wuesthoff Medical Center in Melbourne. In a chart, Wuesthoff-Melbourne appears to have scored worse than expected on infections and "retained foreign bodies," such a sponge or instrument left behind in surgery.

Tim Cerullo, CEO at Wuesthoff Health System, told Health News Florida that he appreciates the need to measure hospital performance and to make the public aware of measurement outcomes.  He noted, however, that the period covered by the data, 2009 to 2011, coincided with a change in ownership of the system.

Health Management Associates, a chain based in Naples, bought the Wuesthoff system in October 2010, Cerullo said. Since then, "we've been working diligently to put th right people iin place to increase safety indicators," he said.

"We're optimistic about th future of Wuesthoff, and we're going to continue to improve," he added.

Lisa Stefanov, who works on quality measurement for HMA hospitals, said the period covered by the Leapfrog study was the same as the one used by federal officials in its scores for hospitals, yet the Wuesthoff hospitals scored average in Medicare rankings. She said apparently Leapfrog uses a different scoring method.

Most of the hospitals receiving D grades were concentrated in South Florida, including Jackson Memorial Hospital in Miami and Healthpark Medical Center in Fort Myers. 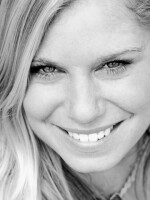 Rebecca Burton
Rebecca Burton is one of Health News Florida interns. She's up early in the morning searching for the most important health news around the state to pass on to our readers.
See stories by Rebecca Burton