The South Florida United States Attorney’s Office announced 124 charges against South Florida doctors, nurses and other licensed medical professionals on Thursday as part of what authorities are calling the largest nationwide takedown on health care fraud and those fueling the opioid crisis.

The indictment involves 601 charged defendants across 58 federal districts for their alleged participation in health care fraud schemes involving more than $2 billion in false billings, as announced by Attorney General Jeff Sessions and Department of Health and Human Services.

Florida takes up about 20 percent of those charges. That’s a loss of $337 million in false billings for services, including home health care and pharmacy fraud.

“This is a statistic that we’re not really proud of,” said U.S. Attorney for the Southern District of Florida Benjamin G. Greenberg. “It also shows that the problem really is quite severe down here.”

In many cases, fraud has been found in what locals call “sober homes.” These are places addicts in recovery can live drug-free while receiving treatment nearby. At one Delray Beach sober home, two employees—and the owner—were charged with health care fraud, illegally recruiting patients, and collecting kickbacks. The majority of Florida sober living facilities are found in both Palm Beach and Broward Counties.

“The people who were supposedly providing the treatment are actually making it worse when it's hard enough to get over these addictions,” Attorney Greenberg said.

Special Agent in Charge Shimon Richmond said that the South Florida community is a key component to preventing these cases. He called for the examination of the culture that makes South Florida such a fertile ground for fraud.

“It's not just somebody else's problem and it's not just a drug abuse problem, [or] an overdose death problem. It's a taxpayer problem,” Richmond said. “That affects all of us in one way or another, and oftentimes we may not even be cognizant of how it's affecting us because we're not seeing it right in front of us.” 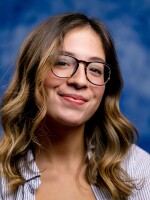 Riane Roldan
Riane Roldan is a Miami native and a rising senior at Emerson College in Boston, where she is the news editor at the student newspaper, The Berkeley Beacon.
See stories by Riane Roldan
Black Mental Health
We highlight the stories of Black Floridians seeking emotional healing and wellness.
Coronavirus
Coverage of the coronavirus pandemic on Health News Florida.
Learn More
Health News Florida
NPR
Special Report
WUSF is reporting on how distribution of the COVID-19 vaccine exposes inequities in Florida’s health care system.
Read More
Related Content