Student survivors from Marjory Stoneman Douglas High hosted a "listening party" on Wednesday evening to encourage an exchange of ideas within the school community about how to address gun violence.

The event, which took place at a Marriott Hotel in Coral Springs, was closed to the public and media. It was, however, followed by a press conference at which the participants, many of them student group leaders at the Parkland school, opened themselves up to press.

Among the participating students was MSD junior Brandon Dasent. He saw inadequate conflict resolution as reaching across economic and social contexts.

"The common denominator between the school shooting epidemic or shootings that occur on the streets is conflict resolution and not teaching our youth how to resolve conflicts without fists or bullets,” he said.

Carlitos Rodriguez, another Stoneman Douglas junior, stressed the importance of solidarity among victims of gun violence.

“This movement that we're all a part of, it may seem as if it started at our school, but this movement has gone on for years," he said. "It’s just people haven’t been heard."

Rodriguez said he wants the voices of other victims of gun violence to also be heard, especially by casting votes to bring about change.

Student activists said that the next step in their quest to promote gun control is trying to get fellow students to register to vote. 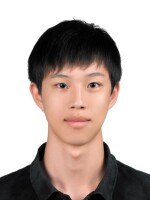 Danny Hwang
Danny Hwang is in his final undergraduate quarter at Northwestern University's journalism school. He will be moving on to the graduate program in Media Innovation and Entrepreneurship at Northwestern in the fall of 2018. He is a music fan through and through, having founded the Korean indie music show at Northwestern's campus radio station as a freshman and writing for the online magazine Korean Indie. He has also produced studio live performances of musicians on and off campus, in addition to a weekly music podcast.
Black Mental Health
We highlight the stories of Black Floridians seeking emotional healing and wellness.
Coronavirus
Coverage of the coronavirus pandemic on Health News Florida.
Learn More
Health News Florida
NPR
Special Report
WUSF is reporting on how distribution of the COVID-19 vaccine exposes inequities in Florida’s health care system.
Read More
Related Content