Counties Scramble To Keep Athletic Trainers On The Sideline

It’s the first day of organized football practice at Sunlake High School in Pasco County and about 60 students are running drills out in the field, wearing jerseys, shorts and helmets.

Barking some of the calls is head coach Bill Browning, who’s been at this now for 40 years. Today, he’s encouraging a team of offensive linemen to block as defensemen wielding large yellow shields attack.

He said he doesn’t pine for the days when coaching staffs had to make important medical decisions - without a professional athletic trainer on the sideline.

“In this day and age, when they know so much more about concussions, heat-related type stuff, the importance of hydration,” Browning said. “Having an athletic trainer is a necessity just for the well-being of your student athlete.”

Earlier this summer, Browning and many other coaches in Pasco and Hillsborough Counties were uncertain that these people who have become staples on the sidelines would return. A change in contracts and the loss of state funding left athletic directors in two Tampa Bay area counties scrambling to get trainers on the job.

In Pasco, that meant trainers like Tara Mendres spent the summer not knowing if they had a job. Mendres is entering her sixth year as athletic trainer at the Land O' Lakes school - a job she says is more than just taping up ankles.

“I encompass everything from hydration, because that can prevent injuries or heat illnesses,” she said. “We do nutrition counseling because wrestling and weightlifting (athletes) like to make certain weight classes.”

Mendres, who calls the athletes her “second family,” takes care of all the Sunlake teams - football, softball, even the marching band on occasion. That includes former football players like Carson Reavis, who came back to watch the Seahawks practice for the first time without him.

Matt Wicks agrees. He’s the Pasco County Athletic Director who oversees the $160,000 budget that will pay for trainers at all 16 public high schools this school year.

After Florida Hospital, which had overseen trainers in Pasco, ended its contract, Wicks started looking for a third-party that would take over the same trainers that had been at local schools.

“This was the best way for us to still continue to get the quality of care for our athletes,” he said. “And that's really what I had to do.”

Mendres said there was a lot of support for her and other longtime trainers.

“They took to social media,” Mendres said. “They were calling anybody that they felt had anything to do with keeping us around. Coaches did the same, administration did the same.”

Keeping trainers wasn't that simple in Hillsborough County. State money that paid trainers at 13 of its 27 high schools was lost at the end of June.

“For this year in particular, since that cut, the number of athletic trainers provided to our school district from the SMART Institute has been reduced from 13 to 10,” Robinson said. “If there’s not funding found in future years, then we won’t have those 10 moving forward.”

Robinson says even with help from USF at least three schools in Hillsborough won’t have a trainer on the sidelines this year.

The three high schools that had been served by SMART Institute trainers that are now going without athletic trainers are Strawberry Crest, Leto and Blake, Robinson said. Hillsborough County could not confirm at the time of publication if the remaining 14 high schools in the district would have trainers this year.

The lack of athletic trainers at sporting events and practices leaves athletes in danger of suffering from serious injury without proper, on-site treatment. An examination of 14 Hillsborough County Schools in the 2014-15 school year revealed 726 injuries were reported by athletic trainers.

Robinson said there’s an additional issue when trainers are not present. It can also lead to high out-of-pocket bills for students and their families.

“Obviously, if a student athlete has to deal with an injury, then we will have to refer them to medical attention away from campus,” Robinson said. “The (health) insurance will obviously help defer most of the cost, if not all of the cost, but (additional) cost is definitely passed on to the individual family.” 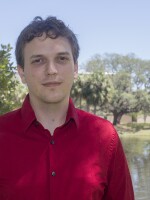 Morgan McMullen
Morgan McMullen is WUSF’s Stephen Noble Intern for Summer 2017. He is a senior at the University of Florida pursuing a Bachelor of Science degree in journalism with a concentration in American history. He graduated from Broward College in Davie with an associate degree while writing for The Observer, earning an FSCPA award for his news reporting. He currently writes for the Independent Florida Alligator as a sports reporter. Morgan takes particular interest in covering the social issues that surround sports. He draws inspiration from the writing styles of Bomani Jones and Bob Ryan
See stories by Morgan McMullen