The case counts are low, but Zika's still a threat.

That was the message of a meeting of county and state mosquito control officials Monday in Doral.

"When we started seeing the cases...I used my emergency authority to allocate $61 million to deal with preparedness and prevention," Scott said in his opening remarks. "Also we put out about $25 million to our universities and research institutes to have a faster testing and accelerate the vaccine."

He said Florida intends to work with the federal government to continue supporting that research.

"Our perspective at this point is that mosquito season... is a year-round effort. It is not a specific season," said Alina Hudak, the Miami-Dade deputy mayor who oversees mosquito control. "The habitat is here, the conditions are here. And we intend to maintain a very aggressive protocol."

Florida mosquito control agencies -- including Palm Beach, Broward, Miami-Dade and the Florida Keys Mosquito Control District -- have sprayed the pesticide Naled a few times this year, despite a recent study that found a possible correlation between Naled exposure and slight motor delays in nine-month-old infants. Officials say Naled is being used to control salt marsh mosquitoes, which don't spread diseases in humans -- leading some South Floridians to question whether the possible risk is worth the reward.

"It [Naled] has been the subject of a lawsuit, and a lot of media coverage," Hudak said. "I think it's very critical and very important that we have a conversation while we're here together about some of these studies that are being used as evidence of why aerial programs should not be implemented."

"We're very concerned about the 'n-word' of Naled," said Anh Ton, director of mosquito control for Broward County. "As soon as we mention aerial adulticiding, my phone will just light up.”

Meeting participants also discussed ways to control mosquitoes without the use of pesticides. The Florida Keys are currently testing a bacteria that inhibits mosquito breeding, though a controversial trial of genetically modified sterile mosquitos is currently on hold while the district finalizes a location.

"The dengue outbreak in 2009 and 2010 definitely gave us a better understanding of these container-breeding mosquitos than we had previously," said Andrea Leal, executive director of the Florida Keys Mosquito Control District. “We did introduce quite a few changes, and felt that really helped when Zika came on the scene last year.”

She added she's looking forward to discussing those efforts with others at the meeting.

The bulk of the meeting consisted of mosquito control districts giving updates on their ongoing efforts to control the  Aedes aegypti mosquito, which carries Zika. Common themes included education: encouraging residents to drain standing water where mosquitoes can breed, and reaching out to county mosquito control for help controlling the pests.

Philip, the Florida surgeon general, encouraged ongoing partnerships with the state health department to facilitate testing for the Zika virus. She said all Zika tests will now be processed in Florida, hopefully eliminating lengthy delays that plagued the state's Zika response in 2016.

Kate Stein
Kate Stein can't quite explain what attracts her to South Florida. It's more than just the warm weather (although this Wisconsin native and Northwestern University graduate definitely appreciates the South Florida sunshine). It has a lot to do with being able to travel from the Everglades to Little Havana to Brickell without turning off 8th Street. It's also related to Stein's fantastic coworkers, whom she first got to know during a winter 2016 internship.Officially, Stein is WLRN's environment, data and transportation journalist. Privately, she uses her job as an excuse to rove around South Florida searching for stories à la Carl Hiaasen and Edna Buchanan. Regardless, Stein speaks Spanish and is always thrilled to run, explore and read.
See stories by Kate Stein 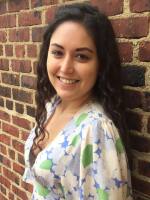 Allison Light
Allison Light is from Little Rock, Arkansas. She’s a senior at Princeton University, where she is majoring in Spanish with minors in Creative Writing, Translation/Intercultural Communication, and Theater.
See stories by Allison Light
Class of COVID-19
Exploring the high costs of the pandemic for children and young adults.
Learn More
Coronavirus Vaccines
Want to learn more about the vaccine? WUSF and Health News Florida are answering your questions.
Ask Here
Committed: Children And The Baker Act
Each day in Florida about 100 kids are involuntarily committed for psychiatric exams under the Baker Act. That adds up to about 36,000 kids a year, and experts say something has to be done. We explore what happens when kids get committed.
Special Report
Latest Stories
Related Content