The Federal Drug Administration (FDA) issued a public health advisory this week regarding the use of Kratom - an herb that some people use to treat pain, stress, anxiety, and even opioid withdrawal.

Citing 36 deaths associated with products containing Kratom, the FDA expressed concerns about its use. It claims it can have similar effects to opioids and therefore also carries risks of abuse, addiction, and even death.

Kratom comes from a plant that grows naturally in countries like Malaysia and Thailand. It is a controlled substance in 16 countries, including those it originates from. In the U.S., many drink it as tea or take it in its capsule form. However, Alabama, Arkansas, Indiana, Tennessee and Wisconsin have already banned it.

In August 2016, the Drug Enforcement Administration (DEA) tried unsuccessfully to classify it as a Schedule I drug, which the DEA defines as, "drugs with no currently accepted medical use and a high potential for abuse." Heroin, marijuana, and ecstasy are among the various drugs in that classification.

But Kratom advocates say it's a better, safer alternative. They describe feeling relaxed after using it - without the confusion and additional side effects they experience with other substances.

Now, the FDA is seizing shipments of it before they make it to the U.S.

This frustrates people like Jim Scianno, owner of Purple Lotus Kava Bar, which sells Kratom tea in three locations across South Florida. He believes the war the FDA is waging against the herb results from pharmaceutical companies losing money.

"The [drug addiction] treatment centers - which are linked to the pharmaceutical industry - which is linked to the government - feel threatened," Scianno said.

He reasons that if more individuals use Kratom to treat their illnesses naturally, such companies will see prescription drug sales go down.

Dr. Ian Shtulman, chiropractor and customer of the Purple Lotus Kava Bar in Delray Beach, said he is concerned about the use of pharmaceuticals to treat medical conditions. "[These drugs] can have significant adverse reactions and lead to addiction and deaths far more rapidly and widespread than any natural product whether it's medical marijuana, Kratom, or something else," he said.

After hearing of the FDA's public health advisory and shipment confiscations, Kratom's consumers are concerned about not having access to it in the future.

That means a lot to people like Miriam Pearson-Martinez, a retired midwife who drinks Kratom tea recreationally.

"Kratom is something that I can take or leave at any time. It would more hurt me and affect me by knowing that my rights as a person to choose things for my own life are being limited," Martinez said.

FDA Commissioner Scott Gottlieb advised advocates to conduct more research about the risks and benefits of Kratom if they want to change the agency's position on it. He also wants the marketers of the herb to go through the FDA's drug review process. Until then, the agency says it will uphold its "public health obligation" to seize shipments and destroy Kratom products. 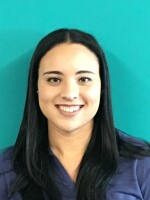 Yaneli Gonzalez
Yaneli Gonzalez is a Miami native and a senior at Florida International University (graduating December 2017). She is pursuing a B.S. in Communications: Broadcast Journalism and a B.A. in International Relations. Her minor is in Italian language, and she has earned a Certificate in European and Eurasian Studies. When she isn't watching the news, she finds herself flipping back and forth between the Science and History channels each night. Late night comedy shows are the occasional exception.
See stories by Yaneli Gonzalez
Special Report
WUSF is reporting on how distribution of the COVID-19 vaccine exposes inequities in Florida’s health care system.
Read More
Class of COVID-19
Exploring the high costs of the pandemic for children and young adults.
Learn More
Coronavirus Vaccines
Want to learn more about the vaccine? WUSF and Health News Florida are answering your questions.
Ask Here
Latest Stories
Related Content