Allen Tilley, retired professor of the University of North Florida,believes government leaders aren’t doing enough long-term planning to prepare for the damages sea level rising can cause across the nation, but especially here in North Florida.

Tilley has run a listserv that curates reports about climate change and the impacts of rising oceans since 2004. His listserv, Global Warming Study Group, providesa summary of news items on global warming, with links to online sources, twice a week.

Tilley appeared on Tuesday’s First Coast Connectto discuss why it is critical for Florida to begin planning phases of how to deal with sea levels rising.

Recent data from thesaid sea levels could rise 9 feet by as early as 2050.Tilleysaid it waspreviously thought thatsea levels would rise an inch a decade, but now it is an inch a year, which is why he urges Jacksonville to conduct a vulnerability study.

St. Augustine has made an agreement with the University of Florida to conduct a vulnerability study, with hopes to have the study completed by December.

“Now we will have a barrier island beach community who are actually looking at sea level rise and its impact on infrastructure and that's what you want to do,”Tilleysaid.

Tilley said within 15 years, northeast Florida’s water table will start to be impacted from drainage, and tidal flooding caused by climate change will continue not only in South Florida, but also in Jacksonville.

“One third have witnessed tidal flooding in Florida,” he said. “Eighty one percent of the people in Florida are now concerned about the rise in sea level, which is above the national average.”

When looking at the effects of sea levels rising,Tilleysaid notice is the groundwater level.

Because Miami has not taken care of their outdated sewer system, as the groundwater rises, it is carrying sewage with it — a problem our city wants to avoid.

Watch this interview, courtesy of our partner 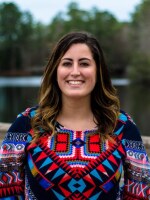 Kelsey Oates
Kelcey is a senior at the University of North Florida with a focus in multimedia journalism. She has a passion for pop culture and a love for entertainment. When she is not trying to find the latest scoop on a hot new story or attending school, you can find her at the beach lost in a good book with a sweet tea by her side.
See stories by Kelsey Oates