This is MORNING EDITION from NPR News. I'm Renee Montagne.

A series of car bombs struck Baghdad today. The first explosion early in the day at Iraq's Ministry of Health targeted policemen. Other blasts took place in the city's Christian neighborhood.

They came as Iraq's newly named Prime Minister, Jawad al-Maliki, began efforts to form a government. The blasts also occurred as Saddam Hussein and his co-defendants returned to court for yet more testimony in their months-long trial.

The multiple car bomb attacks are a serious increase in violence over the past few days. The new attacks come on the same day that Saddam and his seven co-defendants briefly reappeared in court.

A report was presented verifying their signatures on documents related to the case. One of the defendants, Saddam's half-brother, Barzan al-Tikriti, claimed that they were forged.

The eight are on trial for ordering the summary executions of 148 Shiite villagers from the town of Dujail, in the 1980s.

The court only met for about two hours today before adjourning for three weeks. The defense also submitted eight pages of witnesses they wished to call to testify.

And deliberations have begun on forming a new government. Over the weekend, Iraq's parliament elected Shiite politician Jawad al-Maliki as Prime Minister, replacing the unpopular interim Prime Minister, Ibrahim al-Jaafari. Maliki now has one month to name his cabinet. Political and religious leaders are hoping a national unity government will include all the major factions.

One of the most pressing issues Maliki will have to deal with is the ongoing sectarian violence in the country. In the past few days, scores of bodies have been found in the capital, bound and shot in the head, including six members of the same Sunni family, who all showed signs of torture.

Sunni leaders say death squads from inside the Shiite-led Ministry of Interior are behind many of the killings. 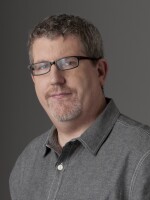 JJ Sutherland
JJ Sutherland covers the Pentagon for NPR. Since 2004 he has regularly spent time in Iraq as part of NPR's award-winning team of reporters and producers who have dedicated themselves to covering the conflict.