Thomas Hamill, the civilian who escaped his captors near Tikrit after three months as a hostage, led soldiers to the house where he had been held; two men there were taken into custody. Hamill's wife, Kellie, said after learning of her 43-year-old husband's freedom, she felt "wonderful." Hear NPR's Craig Windham. 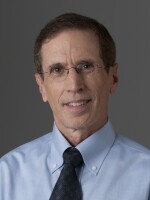 Craig Windham
Craig Windham was a reporter and newscaster for NPR News. He passed away on February 28, 2016.